These Fiestas are held at the weekend closest to May the 15th the festivity of San Isidro Labrador and they are known as the spring festivities. Every year numerous activities are prepared highlighting the cultural heritage of the town.

On Saturday night there is an exhibition of local gastronomy by the peñas with the contest of Migas and the evening entertainment provided by local groups of Animeros.

On Sunday the Romeria with the image of San Isidro takes place from the Convent of San Esteban to the fairground. A huertana mass and a floral offer in honour of the saint is celebrated.

On Sunday afternoon there is a huge parade of floats adorned with flowers and full of beans, sausages, beer and wine of the region and all participants are dressed with traditional huertano costumes.

Horsemen from all over the region and groups of Animeros provide entertainment in the romeria which is presided by the Franciscan Fathers, festival committee and local authorities 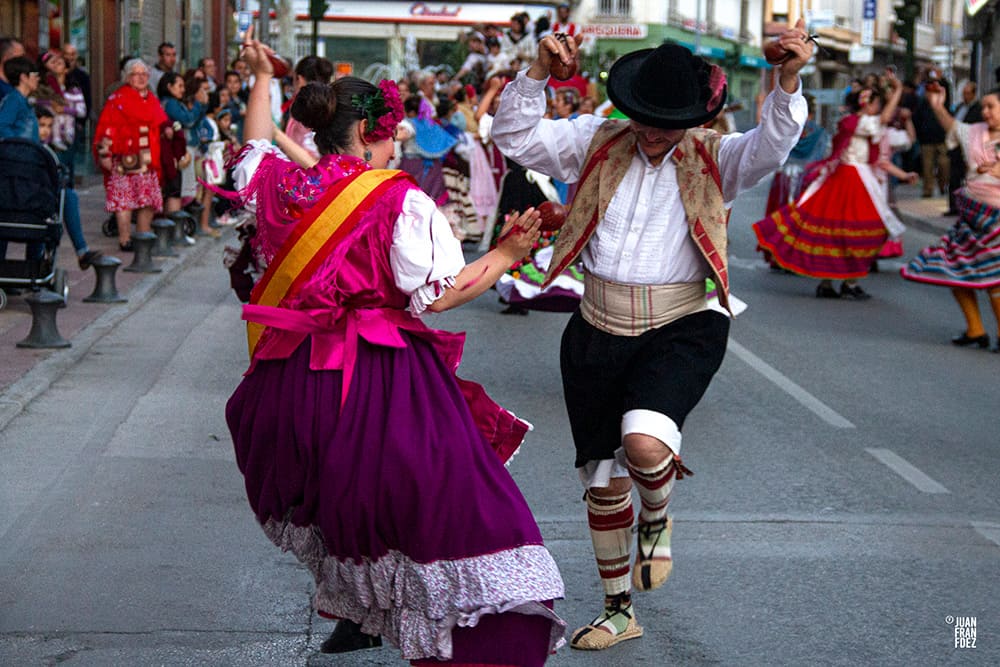