Christmas in the districts of Cehegín

In addition to all the Christmas events in the city of cehegín a new list of events have been announced for the first time in the districts of Cehegín. An initiative that will take to the districts a series of activities that have, as main objective, to entertain the little ones and the children of these small areas in the outskirts of Cehegín.

These events began last weekend in Canara and Valentin, with workshops on making Nativity scenes, with the development of clay figures and it will continue in the coming days and it will be will be exhibited in the churches of these districts.

Continuing with the program, on December the 28th in Valentin, the 29th in Canara and the 30th in the Chaparral, there will be a musical show “1,2,3 Cantemos otra vez” (1,2,3 Let’s sing again) by the Drilo Gang Show.

On December the 30th it will be the turn of the district of La Carrasquilla, where there will be a workshop on making Photocall for New Year’s Eve.

On January the 2nd there will be activities for children in the district of Arroyo Hurtado with a “Christmas Storytelling” that will be also held in Cañada de Canara on January the 3rd.

And finally, on January the 4th in the district of Campillo de los Jiménez, Algezares and Cabezo there will be held a “Workshop with toy making”.

Also on December the 24th, Santa Claus will arrive at the district of El Chaparral, Valentin and Canara, where all the children will enjoy a parade with gifts and they will be able to deposit their letters in the mailbox to fulfill all their wishes. 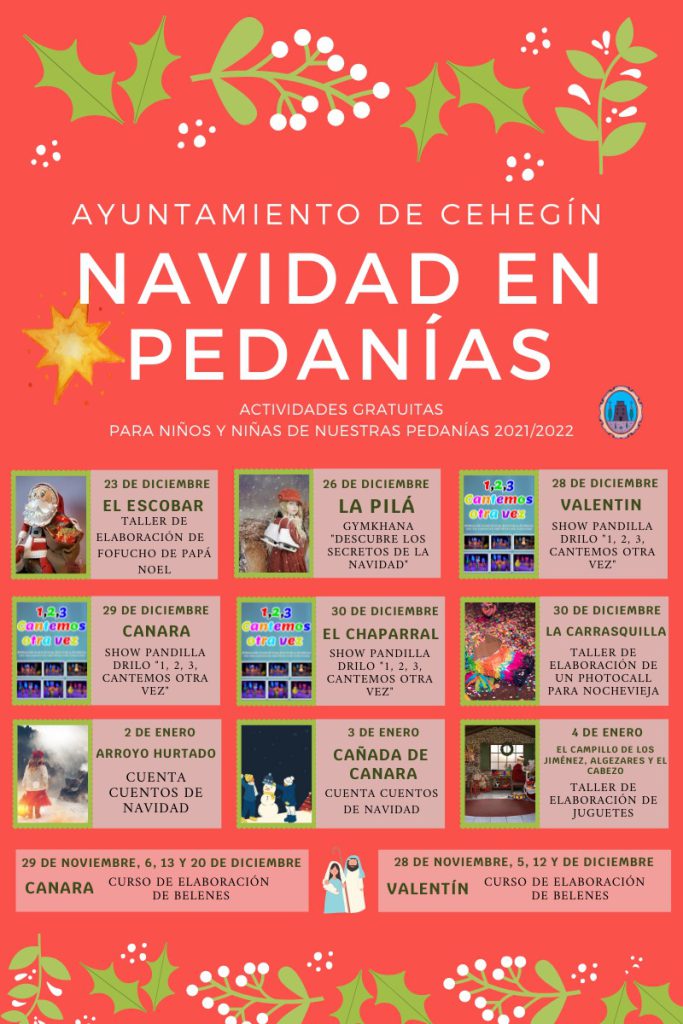